Clint Frazier continues to be a hot trade topic for the Yankees. But for scouts following him, red flags are apt to be flying high with reservations…

Clint Frazier went 0-4 in Sunday’s Triple-A Scranton Railrider’s 5-3 loss to the Syracuse Mets. Not a big deal in the normal course of a season. But if a scout from another MLB team interested in trading for him was present for that one game, his report back to the front office would look something like this. (Note: I attended the game and specifically followed Frazier’s every move.)

Cole Harvey from ESPN also spent a day observing Clint Frazier at Triple-A Scranton. His reports appear at the end of my article. You’ll notice there’s been an upturn since my report. Nothing can be better than that. Frazier is too good a talent to waste…

Took batting practice with the team (missed that). Remained in the dugout or clubhouse during pre-game exercises and warm-ups. Did not square up on a ball in four at-bats. One strikeout. Jogged to first on two ground outs (video of one below). Got turned around in the outfield, gloved, and then dropped a ball that went for a double. Seemed to be aloof and disinterested. 20 games to date w/Scranton. Batting .220 with one home run and seven RBI and a paltry .631 OPS (MLB average is currently .753).

Recommendation: Hands off – or come back for another look. Ryan McBroom better bet for power (all stats and demeanor look good).

Clint Frazier’s 2019 ride has been anything but smooth. Opening Spring Training with a verbal gaffe when he claimed he was after Brett Gardner‘s left-field job, things spiraled downward from there. A series of mistakes (errors) playing right field, replacing an injured Aaron Judge, led to an ugly and mysterious “staredown” with a YES reporter on camera.

Clint Frazier did hit though. 11 home runs with 34 RBI, a .283 BA, and a well above league average .843 OPS opened the eyes of Aaron Boone, who stayed with Frazier despite his defensive woes.

Whether by design or choice we’ll never know, but Frazier’s season turned abruptly when Brian Cashman opted to demote Frazier to Triple-A while trading for Edwin Encarnacion and promoting Mike Tauchman to the 25-man roster, where Tauchman remains today.

In his exit interviews with the media, Frazier gave the usual answers about baseball being a business and these things happen over the course of a career. But the tell was in his eyes and you could almost feel the slow burn raging inside.

However, it did not go unnoticed when Frazier took every minute of the 72 hours afforded by the Player’s Contract to report to Scranton, an easy two-hour ride from Yankee Stadium.

Since then, Clint Frazier has appeared in 20 games for the Railriders, a team that includes Tyler Wade, Thairo Estrada, Breyvic Valera, Chance Adams, Stephen Tarpley, and Jonathan Holder who, like Frazier, continue to labor in the minors waiting for the next opportunity to re-join the Yankees.

A Wrench In The Yankees Plans?

This totals up to one big headache for Brian Cashman as he attempts to fortify the Yankee’s rotation before the firmest ever trade deadline on July 31. It’s been publicly assumed, and Cashman has never denied it, that Clint Frazier is the number one trade piece the Yankees can offer to teams looking for a controllable (earliest free agent 2024) and cheap power hitting outfielder/DH.

The trouble is, though, these days general managers and their staff look not only at the numbers and analytics of a player but the intangibles that come with the person they are trading for. Is he going to draw unwanted attention to himself? Is he going to require “special handling” by his manager and coaches? Is he the type who will readily adapt to a new system and organization?

In short, where’s his head at? As with all of us, opposing GM’s can only put forth an educated guess as to how they answer the question. But if it walks like a duck, talks like a duck, you can be pretty sure it is a duck.

The Yankees would seem to have new reasons now to trade Frazier. And he remains a blue-chip among the players the team has in dealing with other organizations over the next two and a half weeks.

But one can only wonder how closely these teams are following Frazier since his demotion. Because if they see what I observed yesterday, Frazier’s overall value, since his heyday with the Yankees back in April and May, is in a rapid and very untimely decline.

Although Frazier is doing the Yankees no favors in Scranton, he’s also (yet again) shooting himself in the foot. Frazier has a mix of reputations and by pouting he shows (yet again) a lack of maturity, self-confidence, and self-discipline – not a “smart” thing to be doing.

For all the wrong reasons, Clint Frazier remains an intriguing baseball story to follow… 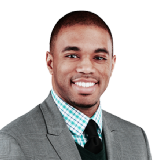 Spent the afternoon down at the Yankees’ Triple-A affiliate, and while down here, caught up with outfielder Clint Frazier. He tells ESPN he and Brian Cashman had a phone conversation in recent days. “That was the best conversation I could have had … I wanted to just hear it from him: what do I need to do to make it back on that team? Light a fire under me.” Frazier said Cashman “was honest with me. I walked away from that conversation feeling really good about my present situation and my future situation.” He remains optimistic that his future is in pinstripes, and not as a trade chip entering the upcoming deadline. Cashman’s advice was, of course, for Frazier to focus on honing his defense. Also asked him to not neglect his offense, given the 4-for-17 start Frazier had after being optioned down June 17. Frazier has ended up getting hits in 12 of his past 16 games in Scranton.

In terms of reporting to Scranton/Wilkes-Barre at the end of his 72-hour report period last month, Clint Frazier said: “I’m not the first guy to take 72 hours, I’m not going to be the last guy to take 72 hours.” Said he also took that long to come back during a return to Triple-A last year, and lamented the fact this particular time his later report caused such controversy. “I took it because one, I have two animals and a full apartment. I needed a day, and then one day turned into I’m going to take another day. And then it was like: ‘I’m not in my best frame of mind right now.’ I was mad, I was upset, I was bitter. It was one of those things where I needed to be able to come down here and be ready to work. I would have shown up Day 1 and probably would have been a nuisance to be around. I would have upset. I (was) still mourning my demotion … I needed to take 72 hours. I wasn’t trying to send a message. I wasn’t trying to send a message to Brian Cashman — one of the most powerful men in baseball. He holds the cards. He’s been good to me.”

Written by Steve Contursi, Editor, Reflections On Baseball  (Thank You For Sharing)

I am an amateur writer with a passion for baseball and all things Yankees and Mets.

What do you think? Cancel reply

Help To Support Reflections On Baseball

That’s Me – On The Roof In Enemy Territory

Baseball, it is said, is only a game. True. And the Grand Canyon is only a hole in Arizona. Not all holes, or games, are created equal.

“Throw away the numbers and let your eyes tell you everything you need to know.”– John Smoltz

Thanks for visiting. Please come back again.